Dr Senanayake graduated MBBS in London in 2005. Following two years working in hospitals in England he moved to New Zealand and pursued specialty training in radiation oncology obtaining FRANZCR in 2015. A fellowship in palliative radiation in Toronto in 2018 preceded him taking up a permanent consultant position in Dunedin Hospital. His subspecialty interests are head and neck, breast, lung and palliative radiotherapy. He enjoys teaching and is currently the Director of Training for RANZCR radiation oncology registrars in Dunedin and an honorary clinical senior lecturer at Otago University. He is married and has two young children and two cats.

The topic will include: 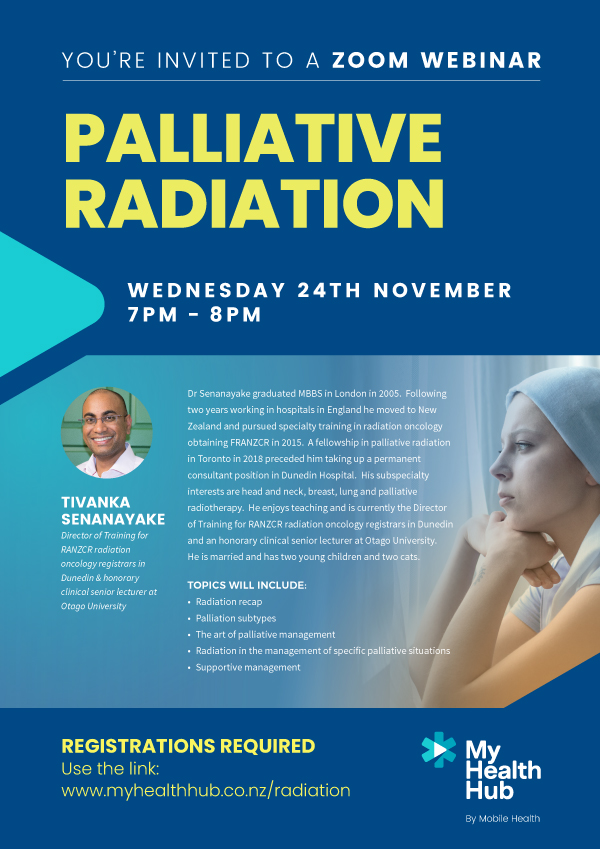